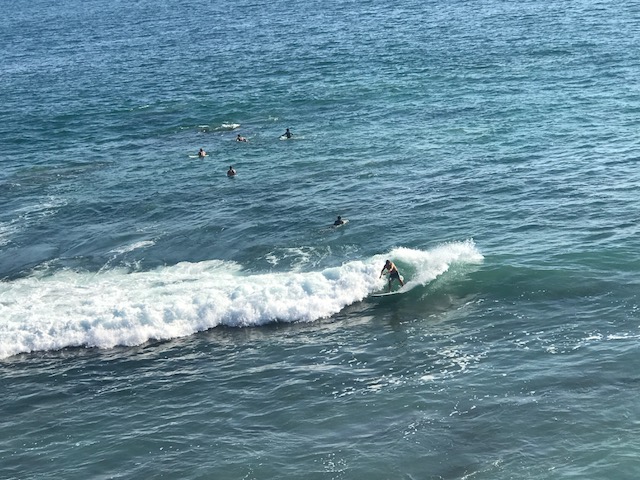 In what is being called the surf community version of the Russian election scandal, multiple surf forecasting websites have been reporting solid 5-7 feet for the last four days. And, 51% of those who surfed over the period believed they were surfing head high waves. Most were confused after taking a wave, largely because most of those 51 percenters in the water were hooting and hollering shouts of encouragement.

The few fact checkers, questioning what was going on, produced photos and video showing mostly waist high waves. Mark Razin, wearing his Silverfish prescription Sharkview™ polarized sunglasses, was one of the first to spot the fake news, “Everyone was convinced it was worth surfing a crowded lineup. Chad and Dave had their short boards, Alex was in such a rush he forgot his hat, Robert broke free from the Sawdust Art Festival only to discover the need to drift to the inside and encroach on my area . . . I have never seen such a frenzy over mostly two foot dribblers.” While Eco Warrior Jamo caught one of the rare larger waves he, also, was questioning why he was waiting half an hour for a wave when he could be helping the environment. (A source close to Jamo reported that he was too consumed with the lingering mess left from the 4th of July crowds to realize what was happening.)

An investigation has begun. Dave, pointing out that the lineup was crowded on a Tuesday morning at 10:30am, when most people should be working, questioned if anybody really works anymore. This has led investigators to focus on those who may have had a motive, particularly those gainfully employed, who have to work everyday from 8-5 or longer, and were simply searching for schadenfreude, out of jealousy. However, nobody in the lineup was able to come up with anyone they knew who worked those sort of hours.